connect to your best self

Let’s Talk About You

We help busy managers, leaders and business owners transform chaos & fatigue into passion and purpose. Change your approach to working and being in life and with others.  Unleash your potential & discover the leader within you!

tools to go the distance

find joy at work & in life! 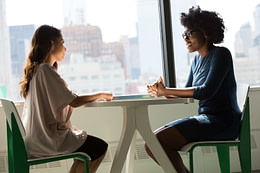 Give Effective Feedback for Performance Issues

Today I will show you how to deliver useful feedback with an employee for affecting change.

I remember when I started managing people how trial-and-error methods fell short. An early way that I used was to overlook minor errors that eventually led to bad habits. My intentions were good. I was trying to avoid micro-management, which I detested. I did, however, resort to "selling desired behaviors." But the problem was, they weren’t buying. It was frustrating and time-consuming. The good news is, there is a better way.

I’ll remove all the nonsense in this straight forward guide and give you the straight bill of goods. Once you know-how, you can be confident that your message is received well and change begins now.

Helpful employee feedback changes undesirable behaviors for the well-being of the mission and operations.

Now that you know how crucial these conversations are, let's prepare a message that delivers your desired results.

Prepare for the Meeting: Analyze the Performance Issue

Book a Meeting with the Employee for Feedback

Let the employee know you would like to meet to discuss a recent event. Book a mutually convenient time.

"The best communicators in the world prepare for their conversations." Linda Reddin

Step 1  - Be yourself. Keep your tone calm & familial.

State the purpose of the meeting, the process, and what you hope to achieve.

Step 2  - Create a visual of what happened.

Describe the latest scene from an observer perspective: what happened, why the behavior is detrimental to the company's mission, and what needs to change.

Step 3 - invite the employee to recall the situation.

Ask the employee to recall the situation. Check-in for understanding and if there is anything they want to add to the conversation.

Step 4 - make it a team approach. Be solution Focused.

Add in any part you played in contributing to what happened, e.g. not addressing the same behavior in the past, waiting too long to address it or combining the issue with other discussion items that its importance was lost.

State how you're going to change going forward should it happen again, eg. "I will talk to you as it happens. But, equally, I will also let you know when I notice a positive change."

Step 5 - employee paraphrases what needs to/ will change.

Tell the employee that you want to make sure your communication is clear. Then, to confirm their understanding, ask the employee to rephrase what needs to happen in their own words.

Step 6 - End on a positive Note. reiterate your commitment.

Reiterate your commitment. Thank the employee for their time and be sure to follow up/through.

Putting it to Work - True Story

Tom has been a Manager of Rick for the past eighteen months. He depends on Rick to oversee the branch’s service operation’s daily management and its 20+ employees. Rick is a competent supervisor but is reluctant or disengaged when asked to take on additional duties when needed. Extra work as required is part of his job description, but Rick is not buying.

When thinking back to previous conversations that failed, Tom realizes that he didn't do a good communication job. His errors included mixing the issue among other topics or he waited too long after the fact. Thus, the problem remained.

What Tom needs is for Rick to take on projects when asked.

Tom finds Rick at this desk and asks if they can meet tomorrow to discuss the other day’s events. Rick is surprised but agrees. Tom leaves him to script an improved discussion.

Tom opens the discussion in his usual style. He is relaxed; his tone is steady. Then, he segues to the other day’s events and describes what happened from an observer's perspective.

The manager shifts the conversation to acknowledge Rick's work with the service team and how efficient he is. Then, he transitions to essential projects that will need his assistance.

At this point, Tom admits his role in this recurring issue. In the past, he waited too long after the event occurred to talk to him. However, he assures Rick that he will be prompt in the future.

Tom checks in with Rick. In his own words, Rick acknowledges his needs. He readily agrees.

Effective Feedback Brings Focus Back to Your Priorities.

Thanks to “How to Give Useful Employee Feedback Guide,” there is no need to procrastinate or lose sleep over having those difficult employee behavior conversations anymore.

Whether you are an experienced Manager or brand new, you have the tools to end disruptive behaviors early on.

By being proactive, you can create harmony instead. You’ll have more time for activities that bring joy and desired results.

Before you prepare for your next feedback meeting, make sure you let me know what you think of “How to Give Useful Employee Feedback Guide. Leave a comment below.

Level up your team. Reach higher! 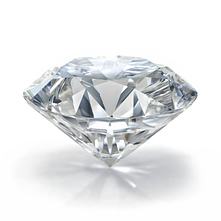